** Because this is a bundle, please allow up to 1 (one) day for account setup. Based upon the recently published book, Physical Red Team Operations: Physical Penetration Testing with the REDTEAMOPSEC™ Methodology — for the first time in the industry, creator and founder, Jeremiah Talamantes teaches how to consistently, accurately, and efficiently execute Physical Red Team Operations leveraging the comprehensive REDTEAMOPSEC™ Methodology.

Jeremiah is the author of The Social Engineer’s Playbook: A Practical Guide to Pretexting and has appeared on the national TV news outlet, FOX News Live with Adam Housley. Additionally, he has been quoted and interviewed by CNN, Yahoo! Finance, Houston Chronicle, Rigzone, Business Insider, Tech Insider, CIO Magazine, PenTest Magazine, POWER Magazine, and many others. 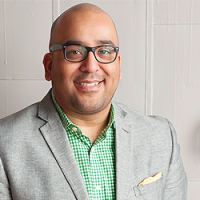